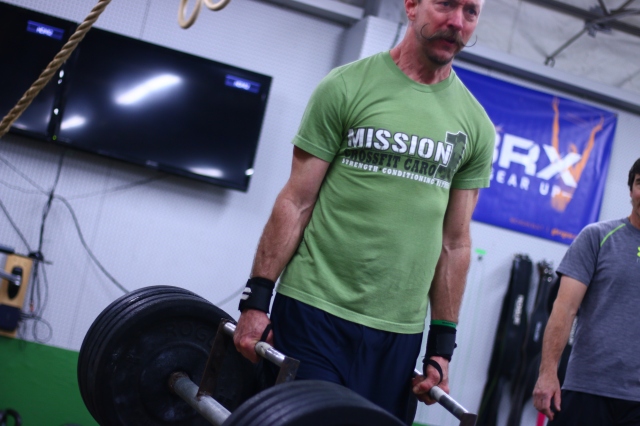 It seems like loaded carries and non-barbell based squats are “hunting out” weaknesses.

For any given carry, I will hear from one person, it “lit up my lower back”, from another “my core was destroyed”, and another “my hips felt ridiculous when I finished”. Grip, back, abs, hips, hamstrings – it’s exciting that using a simple movements can discover the different weaknesses in different people while addressing them in a safe, effective, and fun way. The idea that using a movement to both diagnose and improve function is an exciting one – training becomes less complicated, more efficient and more fun.

Putting a barbell on someone’s back and having them squat is going to force a movement very specific to the barbell, and this forced movement tends to complicate progress.

While I’m sure there are coaches out there who are convinced of the right explanation, there are just as many coaches out convinced of an opposing one, and still another group saying that they would need to put the athlete through a full movement assessment to discover the truth. There is the added complication of many coaches not being able to evaluate what the issue is (or that there is even an issue at all…) and so certain issues may go unnoticed or unchanged for years.

And whatever the issue, it will need to be addressed with something other than the squat. If the back is weak compared to the legs, squatting more won’t help  – it needs specific accessory work. I love accessory work, and use it often, but it also creates another training energy/time demand.

What I see with  non-barbell based squatting and loaded carries is that the movement is more natural, allowing for a safer high intensity, so that the weakness can be exposed and at the same time addressed.

For example, as someone progresses through a 20 rep max set of sandbag squats, their back might start giving out first.

This approach wouldn’t work with the barbell back squat. I couldn’t in good conscience see a person continually shifting to one leg during a 20 rep max set and say “let’s just keep doing 20RMs and eventually it will sort itself out.” It won’t. The load is too heavy for that and too “complicated” because of how the barbell creates external load outside the perimeter of the body.

What I’m not saying is that barbell work is bad and sandbag work is good – I will back squat until the day I die – it just tends to create additional challenges that tends to mask mobility or imbalance issues. If you don’t want to go that far, then it’s enough to say that the same person squatting with a barbell and then squatting with a sandbag will typically give you two very different squats, and very often the squat with the sandbag will be a better one.

An athlete could go through a “guess and check” approach to addressing their weakness, or visit different physiotherapists to be examined hoping that what they’re doing to address the problem is actually addressing the problem, or hope that they stumble a coach who can be helpful…

…or they could pick up something heavy and carry it to see what gives out first.